Let us discuss the President of the USA

My Thoughts on Homosexual Marriage

If you are a Christian, I believe this issue has to be looked at two ways. As a Christian and as an American.  Yes, the majority of the founders of our nation were Christian.  However, they did not imagine a world where homosexual marriage would be as big of an issue as it is today.  Therefore, they left room in the constitution for gay marriage.

The first amendment states “Congress shall make no law respecting an establishment of religion, or prohibiting the free exercise thereof…”

Christianity does not allow gay marriage.  You can look at the Hebrew, Greek, Aramaic, and dissect the culture any way you want.  In the end, the Old and New Testament does not allow it.  Obviously, there are other religions in America today that allow it.  I believe our constitution allows them to marry.   This is a financial decision that has ramifications in taxes, death benefits, insurance, etc.

The constitution allows everyone to break each other’s religious laws as long as it doesn’t infringe on the rights of someone else.

END_OF_DOCUMENT_TOKEN_TO_BE_REPLACED 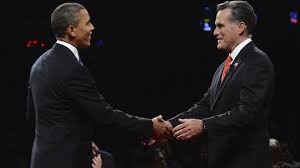 Who I Vote For

Here is a video explaining why I vote the way I do.

“Pro-life” and “Pro-choice” both seem to have such a negative connotation.  I immediately think of extremists.  Why do I think of that?  Because when ever pro-lifers are shown on television, they only show the strange, extreme, and often illegal protestors of abortion.  I have a negative vibe with pro-choice people, because I completely disagree with them.  This has left me and many others in my generation sitting on the sidelines doing…nothing. Saying…nothing.

‘There is nothing we can do.’
‘I don’t want to be associated with those people.’
‘We can’t change the laws.’

Thoughts like these resonate within our minds.  I see pastors and leaders around me (that believe abortion is wrong), doing nothing on the topic.  It is almost like it is a ‘late 80s/early 90s’ topic.  We don’t see it fitting in our glossy sermon series.  We don’t want to be controversial.  We don’t know how to talk about it in a practical way. We might not even care.