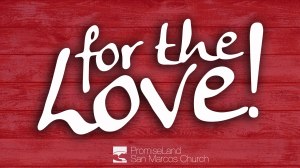 For the Love of God, I RECONCILE!

Because of the love of God I reconcile. I restore relationships.

I coexist in harmony with others.

This message will be extremely helpful to those of you that are struggling in a personal relationship. Maybe a marriage or business partnership. Some of you might actually have an issue with someone in the church. If you are in a difficult relationship, please hear God’s word today. Let it work its way into your heart.

However, today I am going to take a different application. We are going way back in time and going to talk about a chasm that runs deep and wide. Americans thought that we could solve the racial divide with war. The civil war was fought in order to defeat or defend slavery. Yeah, yeah, yeah it was about state’s rights, but the right that the states were trying to defend was the right to own another person and treat them like dirt.   Slavery is wrong. War ended the legality of slavery but it stopped way short of dealing with racial equality. To this day, racism permeates almost every part of our society.

“But, not me, pastor. I’m not racist. In fact, look at what church I go to. I go to a multicultural church. That proves that I’m not a racist. I know and like brown, white, and black people.”

While it is true that our church is culturally diverse in many ways. I do not believe that it has happened in order for us to sit back and look at this trophy of diversity and feel accomplished. While I do feel proud of who we are, I believe that God has strategically placed me and you here for a specific purpose and we are FAR from FINISHED. We are to participate in the reconciliation of every part of this community.

For a second, let’s talk about the future: Heaven will be perfect. Everyone will love everyone. No one will be profiled or shoved into a corner. No one will be elevated above anyone else. We know this will be a reality in Heaven!

Jesus is sending us to the world to show the world what that type of life will be like.

New movie Risen does a good job of illustrating this.

I feel like PromiseLand San Marcos is on the right path. I have a vision of a public forum, events, and relationship with other organizations that will make a difference. However, I believe our biggest impact will be how you and I treat our black co-worker, our Pakistani neighbor, the poor, the uneducated, our Hispanic customers, the powerful, the rich, the middle class.

There is a systematic problem and an individual problem.

We aren’t in Ferguson, New York, Charleston. The majority of us will never go there or be able to do anything in those locations, but WE ARE HERE. What could we do here?

How racist are you? What do you think your racist quotient is?

No one thinks they are racist. No one admits it. As I have been talking this morning, have you been making excuses in your head?

Have you been thinking about how this doesn’t affect you?

She says, “The two most effective beliefs that prevent us (whites) from seeing racism as a system are: 1. that racists are bad people and 2. that racism is conscious dislike;

We know that racism is bad and we don’t think we are bad people.

We think that racism is only a conscious dislike for others and we don’t consciously dislike someone because of their color.

Desmond Tutu was an instrumental leader in ending the Apartheid in South Africa.  He often used the a South African word, Ubuntu (uuboontuu) to describe our unity as humans. Ubuntu is a philosophy that considers the success of the group above that of the individual. “I am what I am because of who we all are”

In his book, No Future Without Forgiveness, he stated, “A person with ubuntu is open and available to others, affirming of others, does not feel threatened that others are able and good, for he or she has a proper self-assurance that comes from knowing that he or she belongs in a greater whole and is diminished when others are humiliated or diminished, when others are tortured or oppressed, or treated as if they were less than who they are.”

White South Africans would never be truly free until we blacks were free as well. The Defiant Ones, in which Sidney Poitier was one of the stars. Two convicts escape from a chain gang. They are manacled together, the one white, the other black. They fall into a ditch with slippery sides. The one convict claws his way nearly to the top and out of the ditch but cannot make it because he is bound to his mate, who has been left at the bottom in the ditch. The only way they can make it is together as they strive up and up and up together and eventually make their way over the side wall and out.”

We are all in this together and we all need each other whether you are on the front lines or the back row!

First, we understand and rest in the core value that:

Reconciliation IS the Gospel

Galatians 3:14 Through Christ Jesus, God has blessed the Gentiles with the same blessing he promised to Abraham, so that we who are believers might receive the promised Holy Spirit through faith. (NLT)

Galatians 3:26 For you are all children of God through faith in Christ Jesus. 27 And all who have been united with Christ in baptism have put on Christ, like putting on new clothes. 28 There is no longer Jew or Gentile, slave or free, male and female. For you are all one in Christ Jesus. 29 And now that you belong to Christ, you are the true children of Abraham. You are his heirs, and God’s promise to Abraham belongs to you. (NLT)

Reconciliation is the Gospel. Jesus went to the cross and grave so that every human being on the face of the earth, past and present could be united together in him. One Family.

Not only does Jesus do the work to accomplish reconciliation, he teaches and models how to deal with being a victim of discrimination and victimization.

Matthew 5:11 “God blesses you when people mock you and persecute you and lie about you and say all sorts of evil things against you because you are my followers. 12 Be happy about it! Be very glad! For a great reward awaits you in heaven. And remember, the ancient prophets were persecuted in the same way. (NLT)

Matthew 5: 38 “You have heard the law that says the punishment must match the injury: ‘An eye for an eye, and a tooth for a tooth.’ 39 But I say, do not resist an evil person! If someone slaps you on the right cheek, offer the other cheek also. 40 If you are sued in court and your shirt is taken from you, give your coat, too. 41 If a soldier demands that you carry his gear for a mile, carry it two miles. 42 Give to those who ask, and don’t turn away from those who want to borrow. (NLT)

Second, we see that:

Reconciliation is Natural, First Response to the Gospel

Matthew 5:23 “So if you are presenting a sacrifice at the altar in the Temple and you suddenly remember that someone has something against you, 24 leave your sacrifice there at the altar. Go and be reconciled to that person. Then come and offer your sacrifice to God. 25 “When you are on the way to court with your adversary, settle your differences quickly. Otherwise, your accuser may hand you over to the judge, who will hand you over to an officer, and you will be thrown into prison. 26 And if that happens, you surely won’t be free again until you have paid the last penny. (NLT)

What about the golden rule? We know what it says, but we often interpret it wrong.

Most of the time we think it means: “don’t do to others as you would not want to be treated.” We think, I’m not doing bad so I must be living by the rule. However, the rule is not about abstaining evil, it is about doing good.

Matthew 5:12 “Do to others whatever you would like them to do to you. This is the essence of all that is taught in the law and the prophets.

To examine whether we have actually said or done anything racist or discriminatory or not is really not the examination of the Christian. The Believer is to deeply examine whether they have proactively built walls to those who are on the outside looking in.

“Our lives begin to end the day we become silent about things that matter.”

“Love is creative and redemptive. Love builds up and unites; hate tears down and destroys. The aftermath of the ‘fight with fire’ method which you suggest is bitterness and chaos, the aftermath of the love method is reconciliation and creation of the beloved community. Physical force can repress, restrain, coerce, destroy, but it cannot create and organize anything permanent; only love can do that. Yes, love—which means understanding, creative, redemptive goodwill, even for one’s enemies—is the solution to the race problem.”

“I am convinced that love is the most durable power in the world. It is not an expression of impractical idealism, but of practical realism. Far from being the pious injunction of a Utopian dreamer, love is an absolute necessity for the survival of our civilization. To return hate for hate does nothing but intensify the existence of evil in the universe. Someone must have sense enough and religion enough to cut off the chain of hate and evil, and this can only be done through love.”

“True reconciliation is never cheap, for it is based on forgiveness which is costly. Forgiveness in turn depends on repentance, which has to be based on an acknowledgment of what was done wrong, and therefore on disclosure of the truth. You cannot forgive what you do not know. “